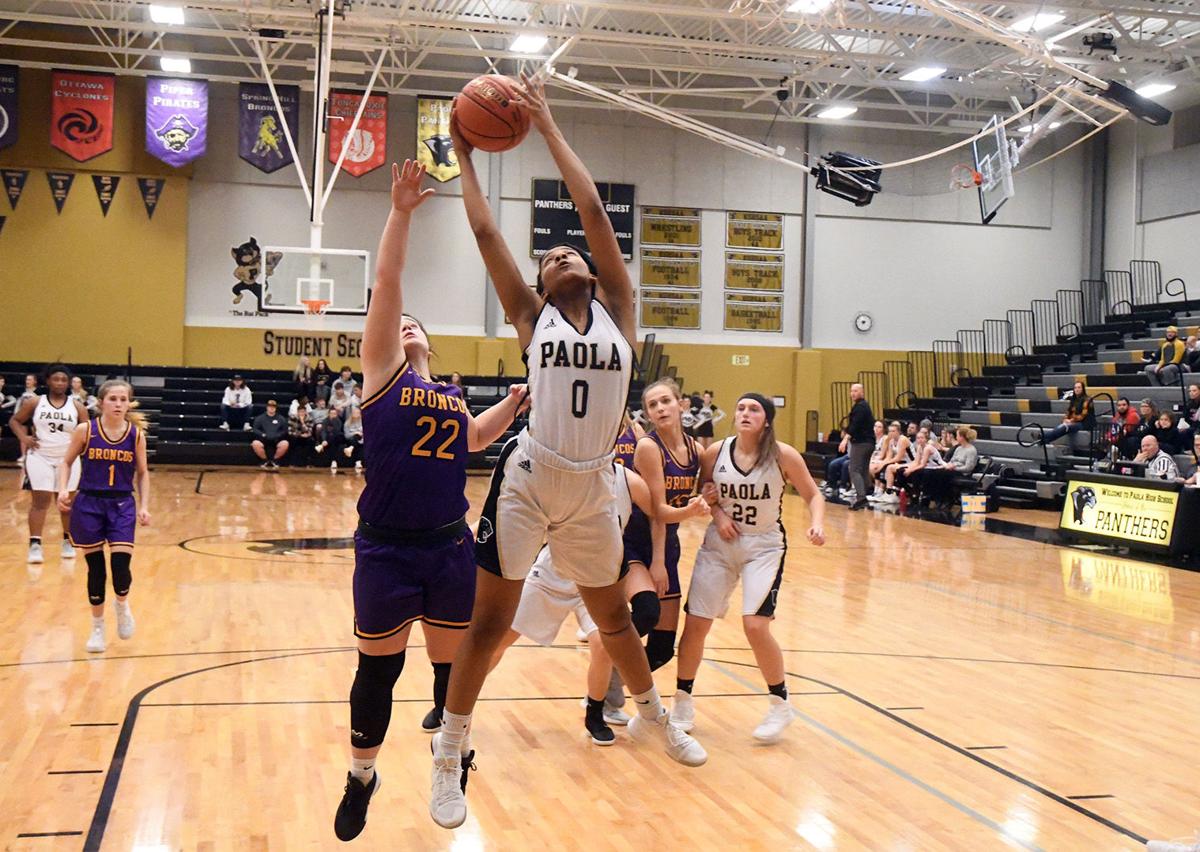 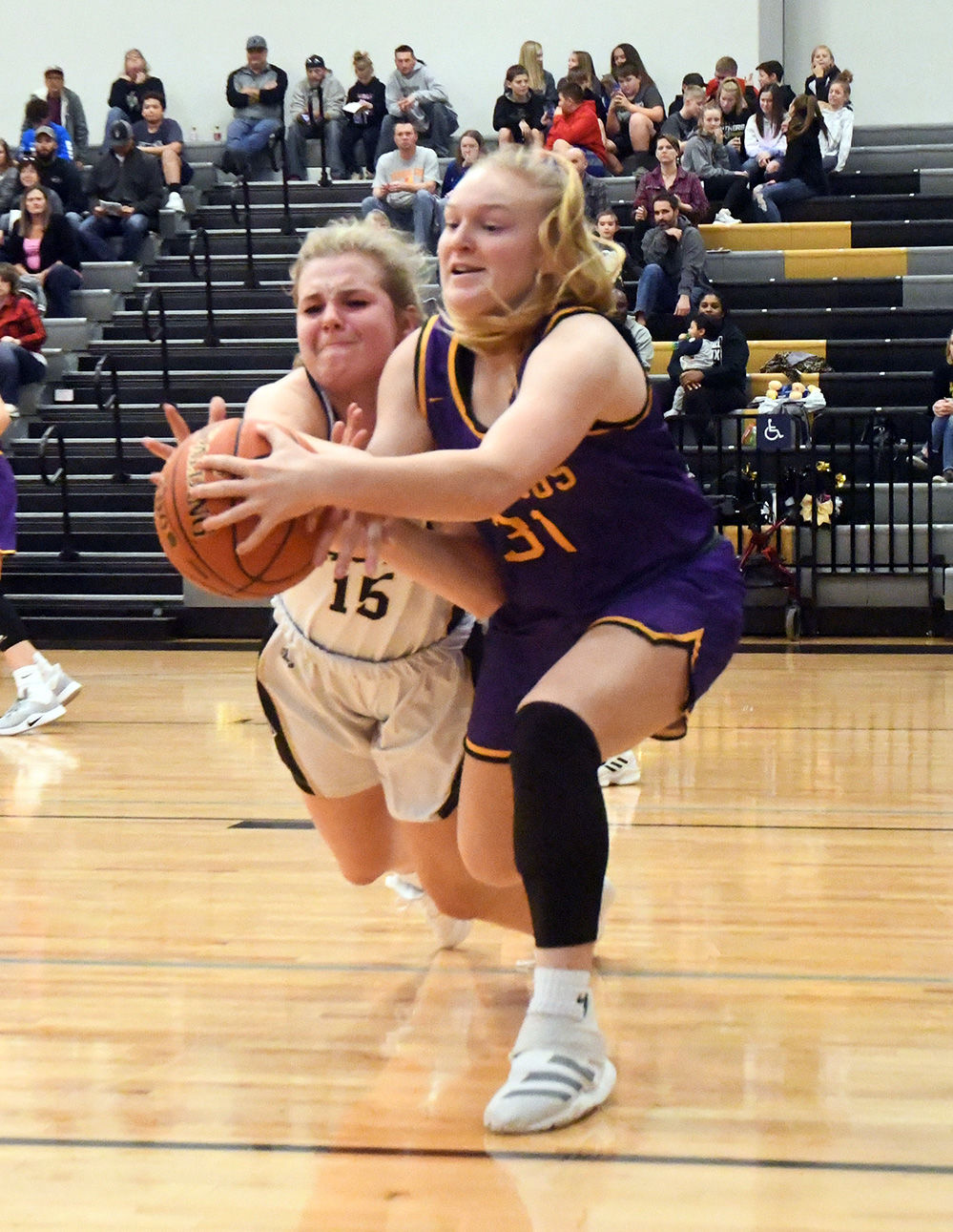 Kate Ediger of Paola dives for a loose ball against Spring Hill’s Brookelynn Powell during a Frontier League game at Paola High School on Friday, Jan. 3.

Kate Ediger of Paola dives for a loose ball against Spring Hill’s Brookelynn Powell during a Frontier League game at Paola High School on Friday, Jan. 3.

PAOLA — Cate Milroy made two free throws for the Lady Broncos at Paola High School against the rival Lady Panthers.

They were the only free throws the sophomore guard sank Friday, Jan. 3, and they were huge.

Milroy’s free throws were the game-winner in a two-point, 45-43, victory for Spring Hill.

It was the second straight nail-biting loss for the Paola girls, who suffered a 48-45 loss at Ottawa on Dec. 20 to close out the 2019 schedule.

Paola started the new year with another tough loss.

Center Brayden Hanf tried to will the Lady Panthers to victory in the final three minutes. Hanf had a steal and was fouled with 2:07 left to play. She made a pair of free throws on the double bonus to make it a two-point game, 42-40.

Spring Hill guard Kaylen Dawson put the lead back to two points with a free throw at 1:08.

Hanf had a steal, and Paola called a timeout with 43.5 seconds on the clock.

Hanf grabbed an offensive rebound and had the put-back to tie the game at 43-43 with 29.3 seconds to go.

Milroy drove to the basket and drew a foul from Hanf with 8.4 seconds remaining. She sank both of the clutch free throws for a two-point, 45-43, lead.

Paola got the ball to half-court and called a timeout with 3.3 seconds to go, but could not put the ball in the basket to send it into overtime.

It was a back-and-forth game.

The Lady Panthers held a 14-12 advantage in the third quarter. Both teams had eight points in the final eight minutes.

Dawson led the Spring Hill Lady Broncos with a game-high 14 points. Allisyn Frank and Milroy each had seven points.

Spring Hill made 18 field goals, including three 3-pointers. The Lady Broncos made six of 18 from the free-throw line.