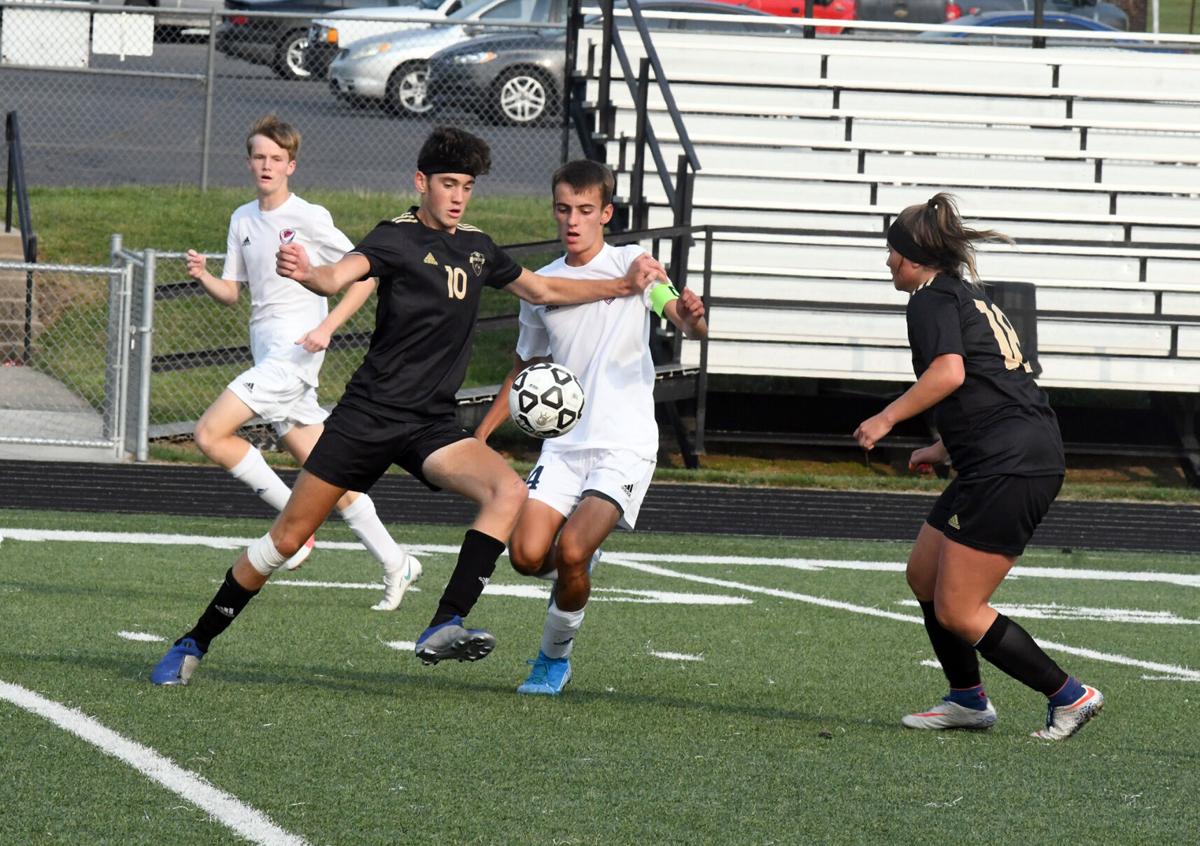 Paola Panther midfielder Ian Heid makes a play on a 50-50 ball during a home game against Eudora on Thursday, Sept. 17. Paola trailed 1-0 at the half and lost the game 5-0. 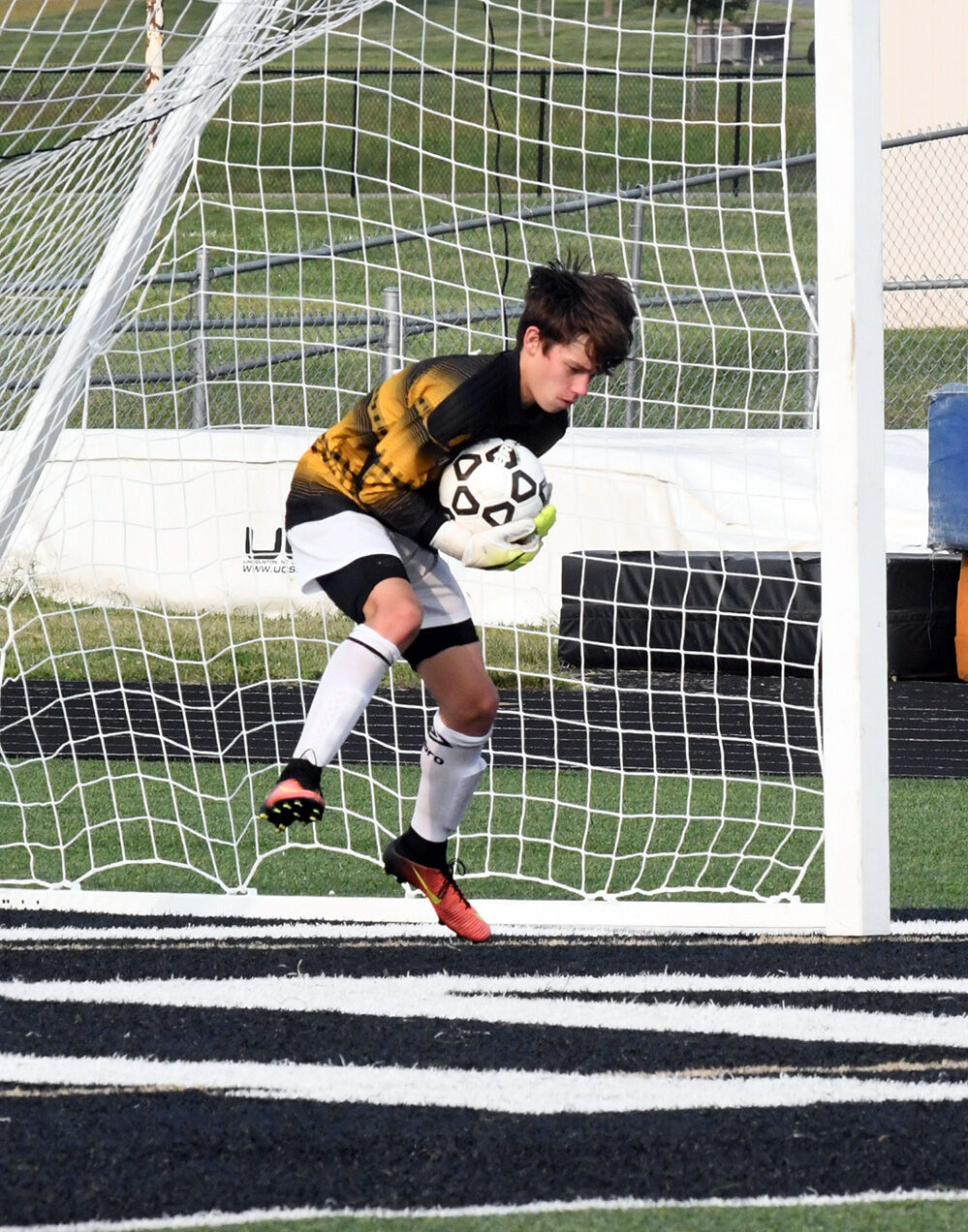 Paola goalie Blake Ramsey smothers the ball for a save during a game against Eudora.

Paola Panther midfielder Ian Heid makes a play on a 50-50 ball during a home game against Eudora on Thursday, Sept. 17. Paola trailed 1-0 at the half and lost the game 5-0.

Paola goalie Blake Ramsey smothers the ball for a save during a game against Eudora.

PAOLA – The Panther soccer team, playing with limited numbers, gave Eudora a battle for the first 40 minutes at home.

Paola trailed 1-0 at the intermission against Eudora on Thursday, Sept. 17.

The Panthers gave up four goals in the second half and lost the contest 5-0.

Paola has 15 players out for the team this season. The Panthers are not playing any junior varsity games this season. For most of the varsity games, they are playing with two or three substitutions due to injuries.

Blake Ramsey made the start in goal for Paola. He was brilliant in the first half, making some big saves for the Panthers.

Paola had its chances on offense but could not finish. The Panthers had several shots go wide on great opportunities. Paola continued to push the attack throughout the game.

Defensively, Paola gave Eudora too much time and space with the ball, especially 20 yards in front of the goal. Eudora took advantage of the time, putting four goals in net in the second half in the shutout victory.

Eudora scored in the first minute of the game, taking a 1-0 lead with 39.14 seconds left on the clock.

Hayden Worden had a great shot as Paola rallied with 26 minutes on the clock, but the ball went wide of the mark.

Ramsey made a great save on a shot by the Cardinals with 20 minutes left in the half.

Ben Timpe had some great possessions, taking the ball into Eudora territory to set the offense.

Ian Heid pushed the attack as well. He made an incredible move, spinning with the ball at his foot to lose two defenders on a possession.