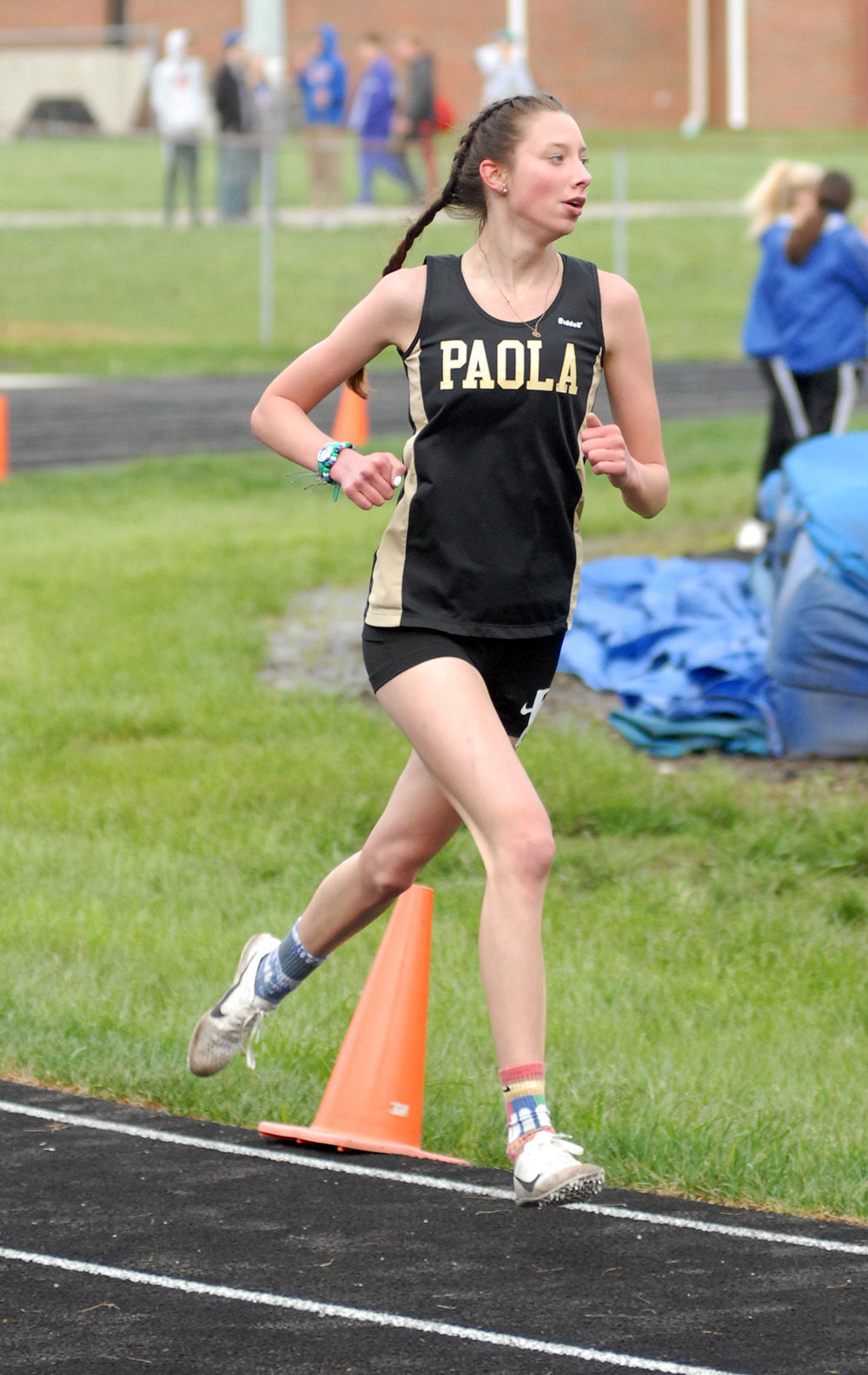 Darian Hudgeons, a distance runner for the Lady Panthers, turns the corner in the 3,200-meter run. 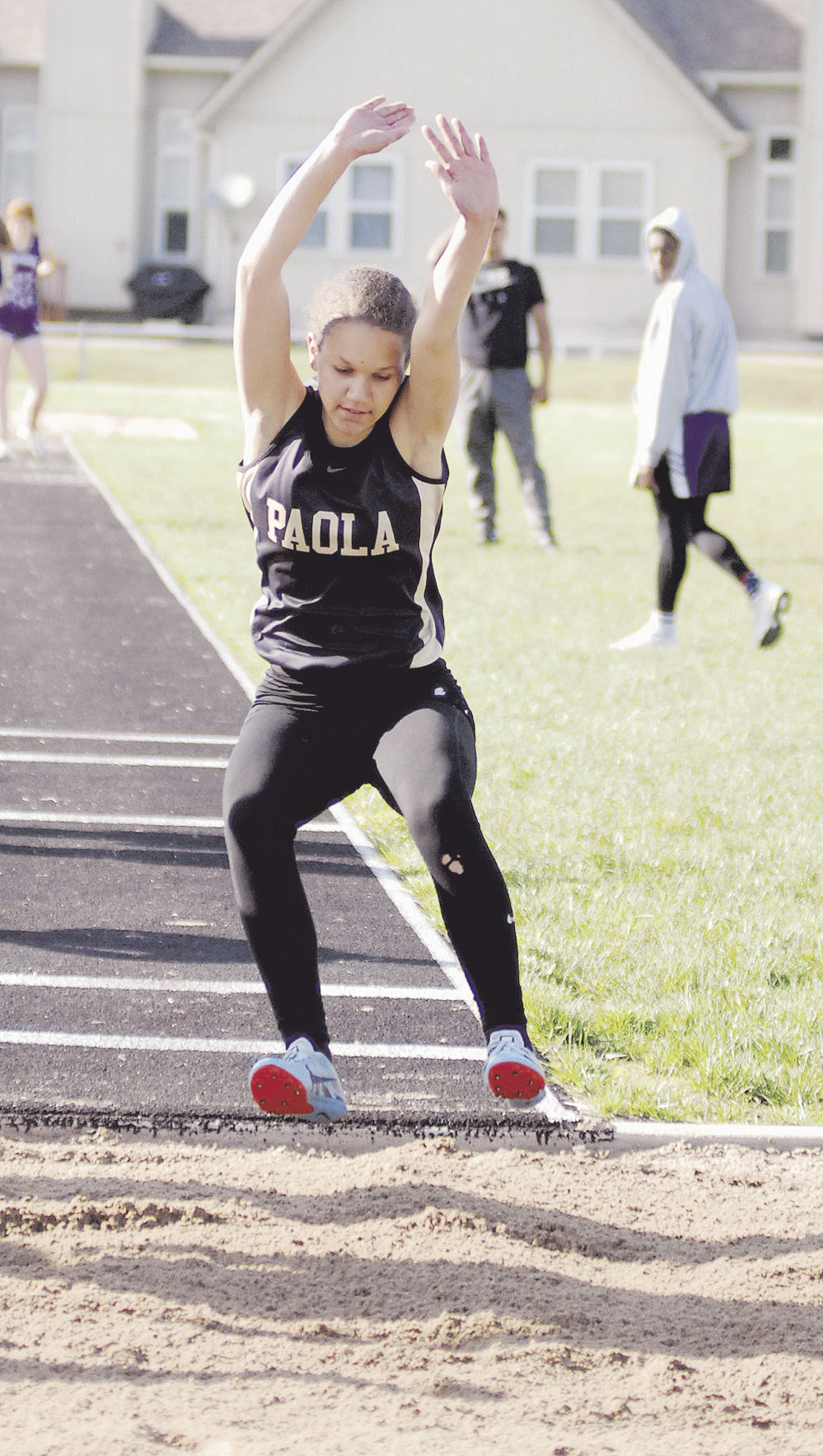 Anna Phillips takes a leap for the Paola Lady Panthers in the long jump. She will also run sprints.

Darian Hudgeons, a distance runner for the Lady Panthers, turns the corner in the 3,200-meter run.

Anna Phillips takes a leap for the Paola Lady Panthers in the long jump. She will also run sprints.

PAOLA — Even when the rain starts moving in, members of the Paola track and field program are out pounding the pavement.

It has been a nice spring for the most part, which has been good for practices, Paola Panther coach Mike Smith said.

Everyone is a year behind, trying to make up ground on a lost season, Smith said.

“Practices have been going well with good weather to get outside and get working on our events,” Smith said. “We have a lot of work to do since the season was cut short last spring. Our athletes missed a whole season of development.”

The Paola track and field program boasts a roster with 100 student-athletes.

Hailey Schlup, a returning state placer, is back in the triple and long jump.

McKenzie Kuehl placed at state in the javelin. She is also throwing the discus.

Morgan Clark will be competing for the Lady Panthers in the high jump. Tristin Bright will compete in the sprints and jumps.

The Panther boys return eight veterans in the field and on the track.

Caden Rhamy returns for the throwing events. Isaac Earlywine is back in the pole vault.