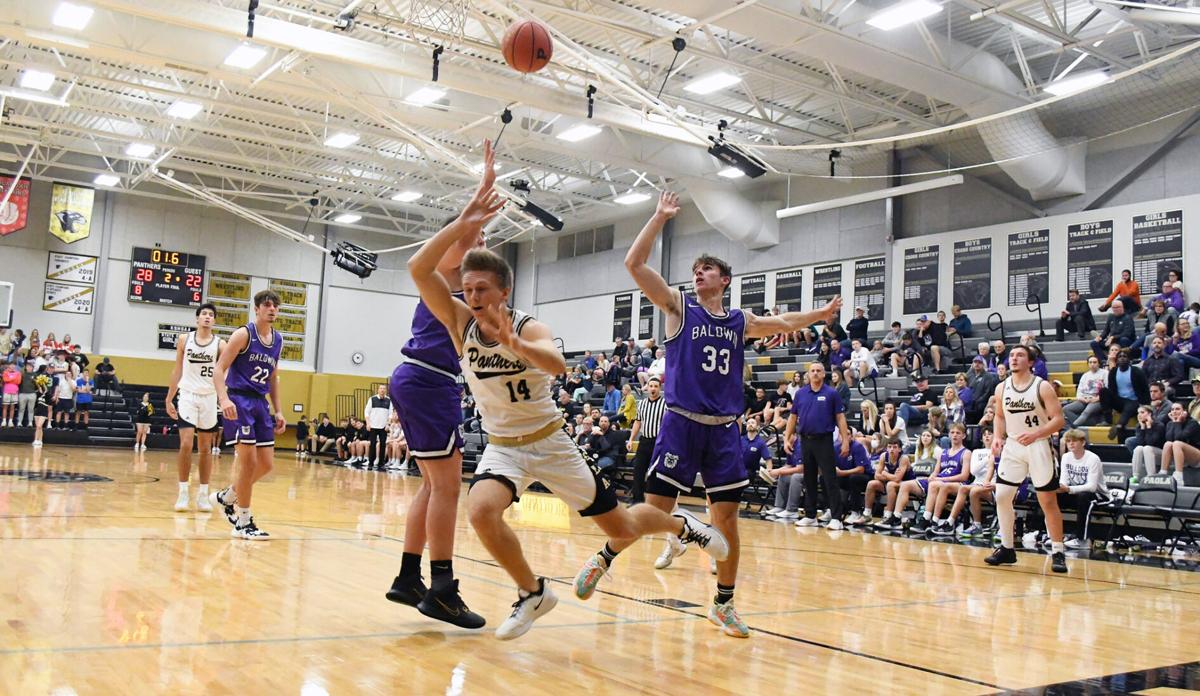 Paola forward Carson Boehm picks up a foul as he drives the lane against Baldwin in the season opener at home Friday, Dec. 3. The Paola Panthers won the opener 58-55. 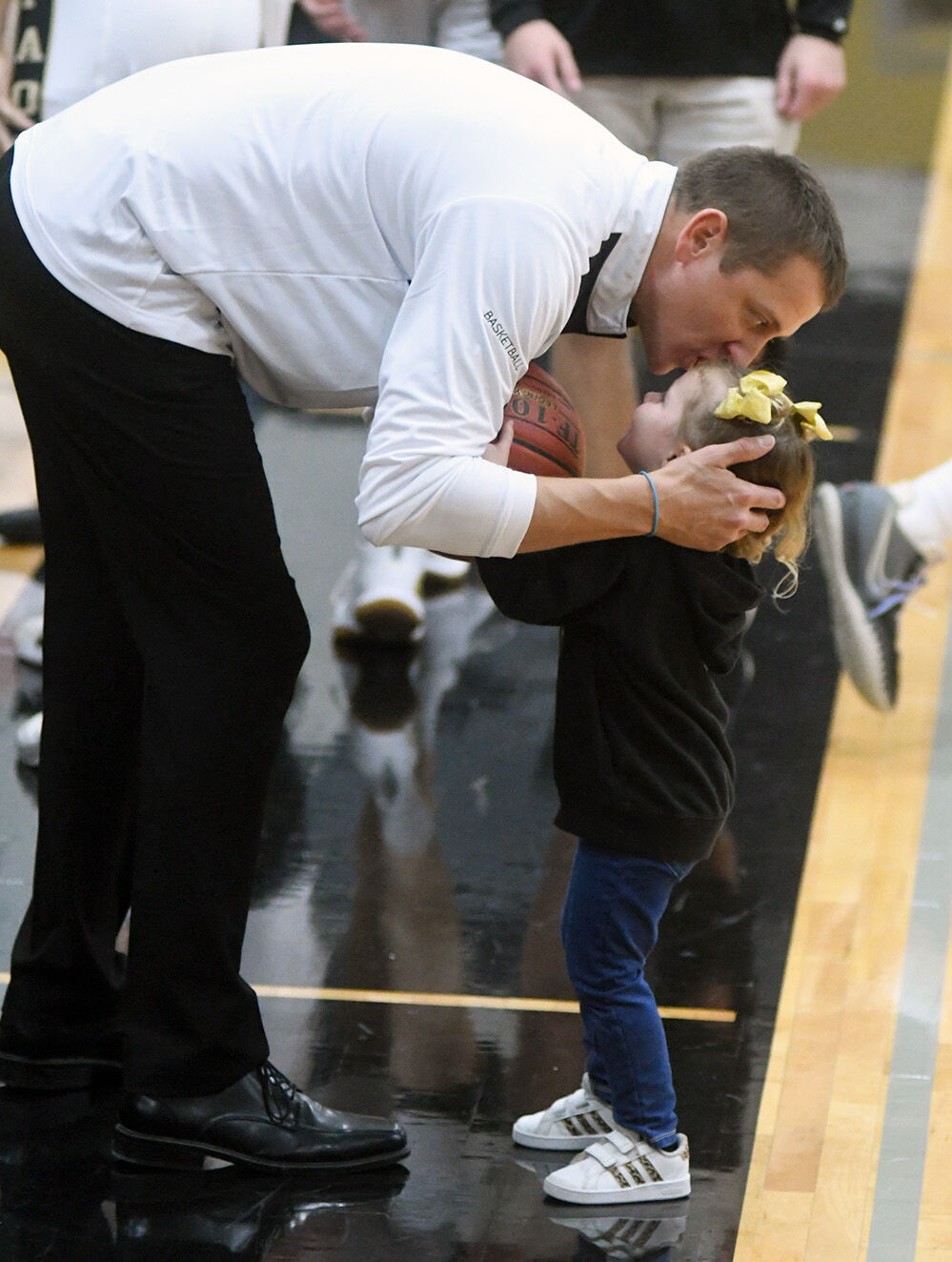 Paola forward Carson Boehm picks up a foul as he drives the lane against Baldwin in the season opener at home Friday, Dec. 3. The Paola Panthers won the opener 58-55.

PAOLA — Seven players scored, all seniors, to spark the Paola boys basketball team to a 66-49 victory against Baldwin in Ryan Oshel’s first game as head coach.

Center Trey Moala, guard Logan Newkirk and forward Caden Marcum were all in double figures to lead the way for the Panthers in the season opener at home Friday, Dec. 3.

Moala finished with a team-high 17 points. He made seven field goals with one 3-pointer and added a pair of free throws.

Marcum brought the hometown crowd to its feet with a slam dunk in the fourth quarter. The dunk was one of five field goals for Marcum, including one 3-pointer. He also went 4-for-4 at the free-throw line to put 15 points in the book.

Paola opened the game with a 17-10 first-quarter run. Both teams had 12 points in the second quarter.

The Panthers went on a 22-15 run in the third quarter and never looked back. Paola held a 15-12 edge in the final frame.

Paola made 24 field goals, including five from 3-point range. The Panthers made 13 of 21 from the free-throw line.