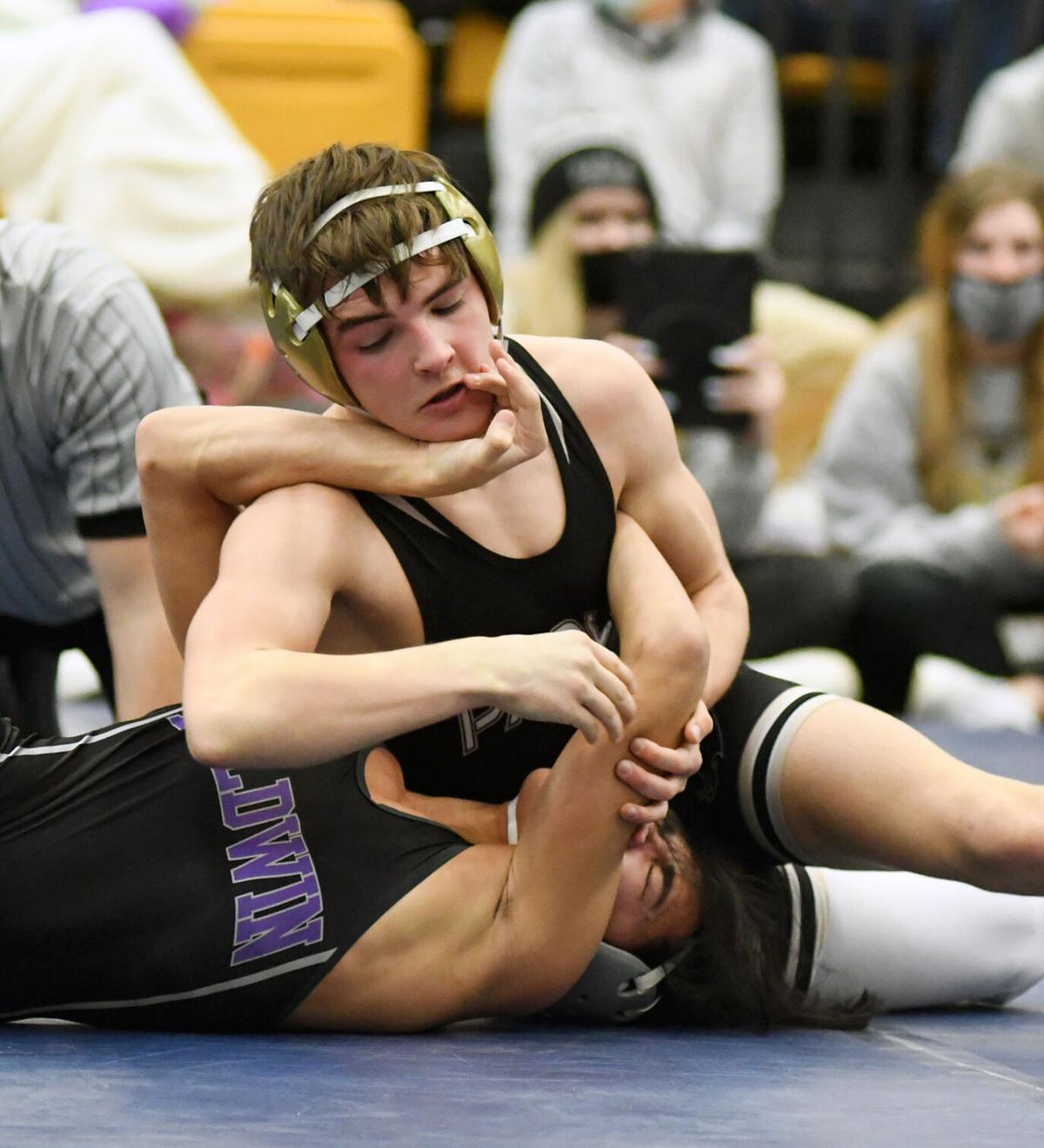 Clayton Younger of Paola puts an opponent in an arm lock. Younger placed third at 120 pounds. 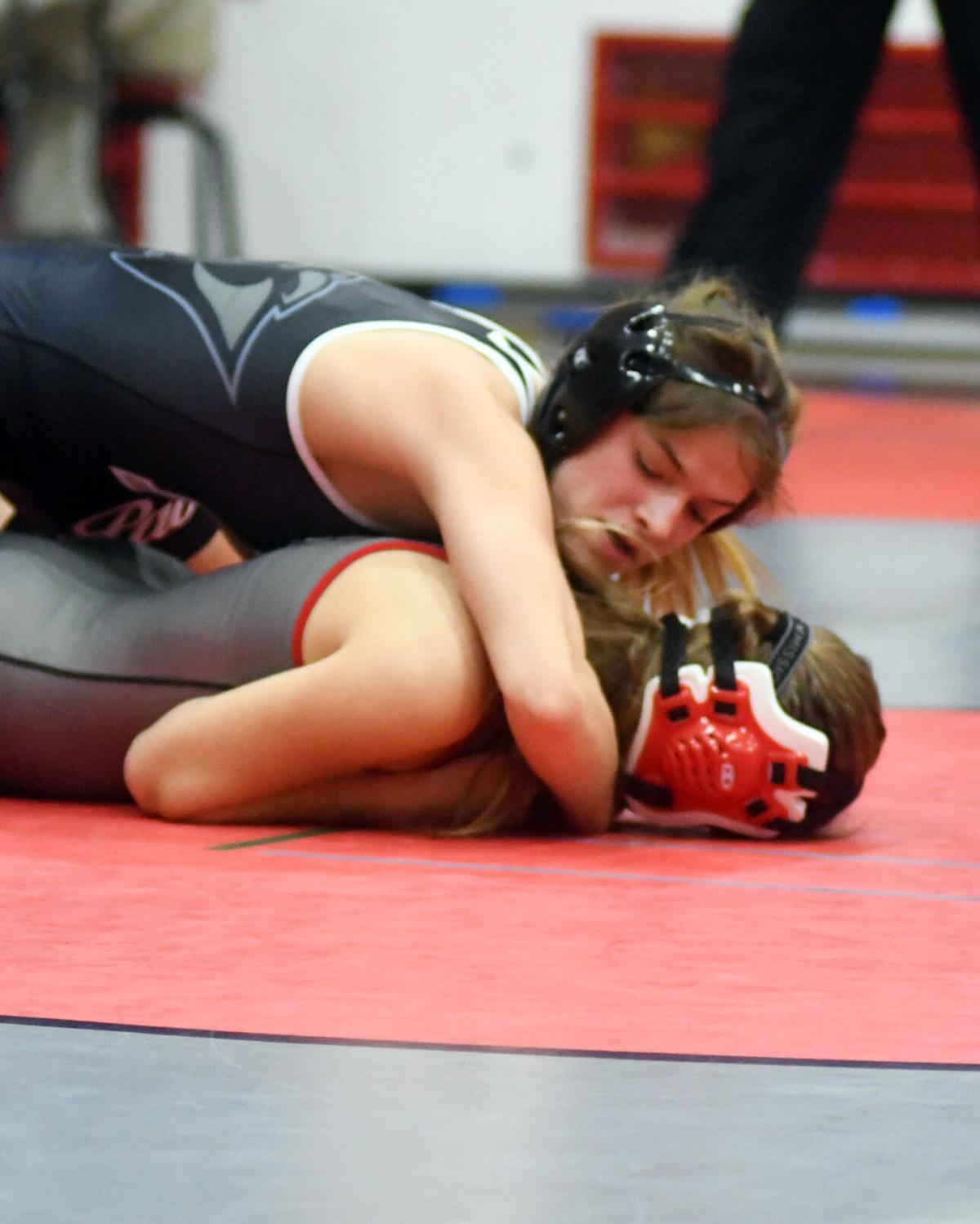 Kailyn Younger of Paola holds an opponent to the mat during a 120-pound match.

Clayton Younger of Paola puts an opponent in an arm lock. Younger placed third at 120 pounds.

Kailyn Younger of Paola holds an opponent to the mat during a 120-pound match.

There are 46 wrestlers out for the team with 33 boys and 13 girls ready to compete for Paola. The Panthers feature a roster with five returning state qualifiers. The Lady Panther program, which grew from five to 13 girls, returns one state qualifier.

Paola features a roster with siblings Clayton Younger and Kailyn Younger wrestling for the boys and girls teams.

Two-time state runner-up Kailyn Younger is back to lead the Lady Panthers. She will compete at 126 pounds.

Ryan Pankov was a state placer for the Paola Panthers. He was 16-9 at 126 pounds.

Macoy Johnson compiled a record of 10-4 last season and qualified for state. He competed at 113 pounds.

Charlie Zeller wrestled at 132 pounds. He was a state qualifier.

Steven Yeager is also back for the Panthers. He competed at state.

The Paola girls also return Bailey Donahue. Donahue was a regional qualifier in her first season at the varsity level. She will wrestle at 120 pounds.

“We will have a lot of new faces in our program this year,” Paola coach Darvin Willard said.

Three freshmen wrestlers to keep an eye on are Kaiden Powell, Xander Meinig and Jace Hensley.

“As far as our girls, we have 11 new faces on our team, which is pretty good compared to last year when we only had five girls total,” Willard said. “As far as the boys, we just want to get guys in the right weights and have a chance to compete with everybody else.

“We are still a young team,” Willard said. “For the girls, we want to keep the numbers up, so we can compete as well.”

Willard is entering his third season as head coach and fifth year with the program.