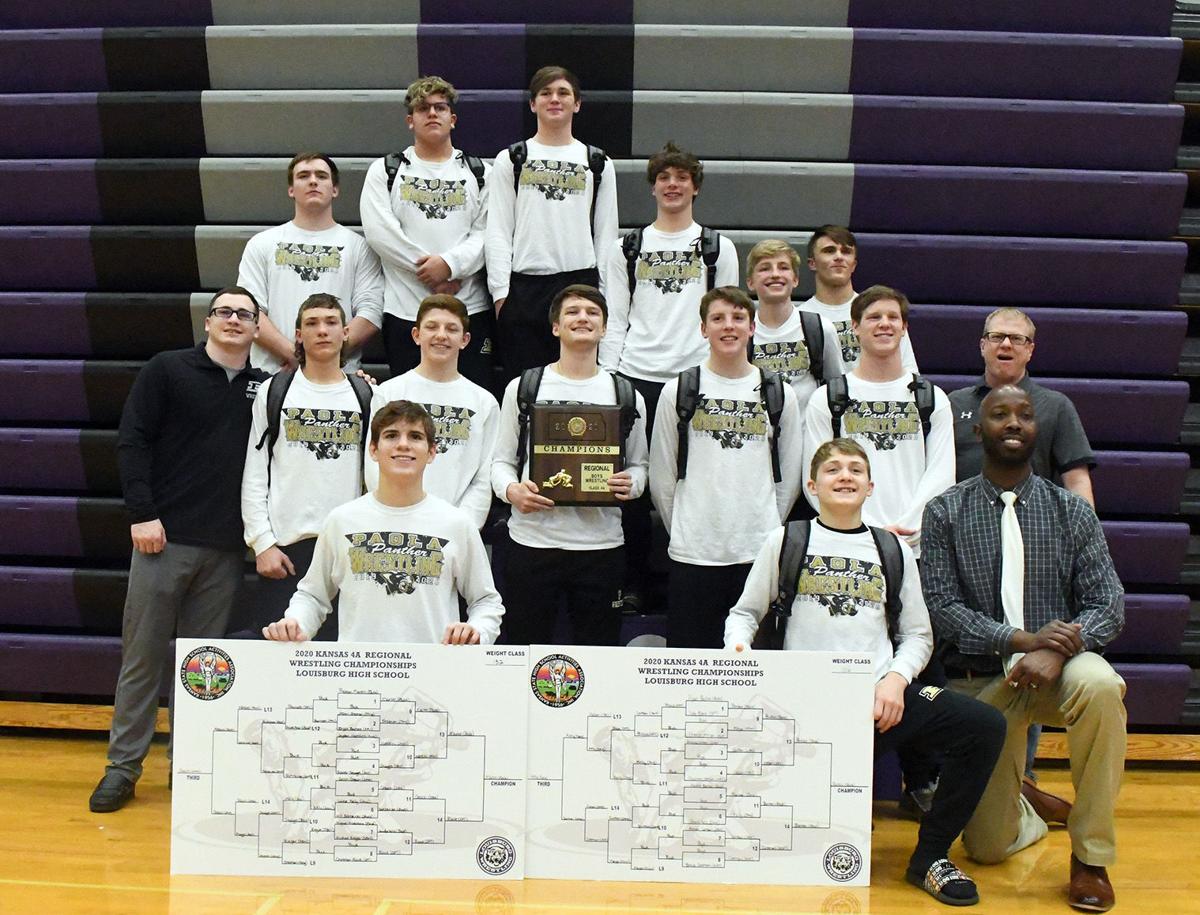 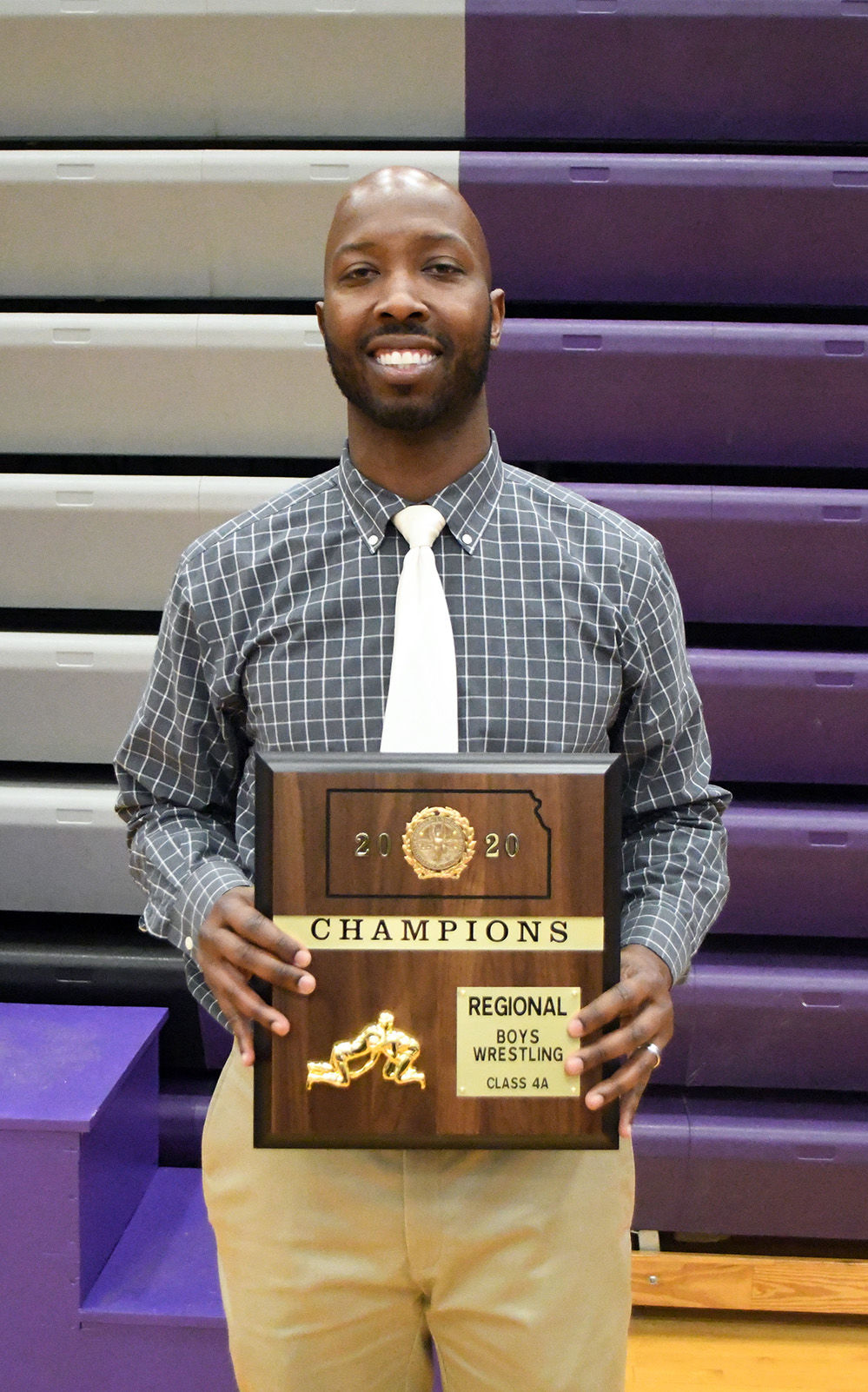 Paola wrestling coach Davin Willard has a picture taken with the regional championship trophy. Willard, in his first season as head coach, was named the regional coach of the year.

Paola wrestling coach Davin Willard has a picture taken with the regional championship trophy. Willard, in his first season as head coach, was named the regional coach of the year.

PAOLA — The Paola Panthers captured a Class 4A regional title and qualified nine wrestlers for the state tournament.

Coach Darvin Willard, in his first season as head coach, was named the regional coach of the year.

Willard was recognized for his leadership with a relatively young Paola Panther program. Willard had served as an assistant coach for 12 years with Jayhawk-Linn, Spring Hill and Paola.

“The season went well,” Willard said. “Our coaching staff had to remind ourselves and the kids that the season was going to be hard, very hard, at the beginning of the season. Our schedule is tough in the month of December, especially since we added the Kansas City stampede. By the time January got here, we only had three or four guys with winning records.”

Despite the wins and losses early, the Paola Panthers were holding their own and bringing home some hardware.

The tide started turning at the Paola Invitational, Willard said, when the Panthers took runner-up.

“It was hard going to tournaments and not being able to speak to have my guys seeded in these tournaments due to their records,” he said. “We got second place at our home tournament with only four winning records in our lineup.”

One of the wrestlers leading the charge was Charlie Zeller.

Macoy Johnson was another.

Zeller went into the Paola Invitational with an 8-10 record. He went out and beat the No. 2, No. 3 and then the No. 1 seed. Two of the upsets were with pins.

Johnson wrestled at 106 pounds as an alternate. He pinned the No. 2 and No. 3 seed to face teammate Ryan Pankov in the finals.

“Our team just believed it would get better, and it did,” Willard said. “Once we starting winning, it was contagious.”

Paola was missing Brady Johnson at the Frontier League tournament, but rallied for a second-place finish.

The Panthers had Johnson back for regionals and had their sights set on the title.

“Now, our kids were ready for regionals,” Willard said. “We have a little scare going into regionals with Charlie Zeller. We find out Monday of regionals that he had the flu. He had just won a Frontier League title at 113.

Paola went to work with one of its best weeks of practice, leaving it on the mat in the wrestling room, Willard said.

“During the week of regionals, we wrestled live and focused on the mental game of wrestling,” he said. “I tried to put them in every possible situation they might be in at regionals.

“It was by far the best we wrestled all year and got us a regional championship,” Willard said. “We qualified nine kids for the state tournament and beat some of Holton’s kids along the way.”