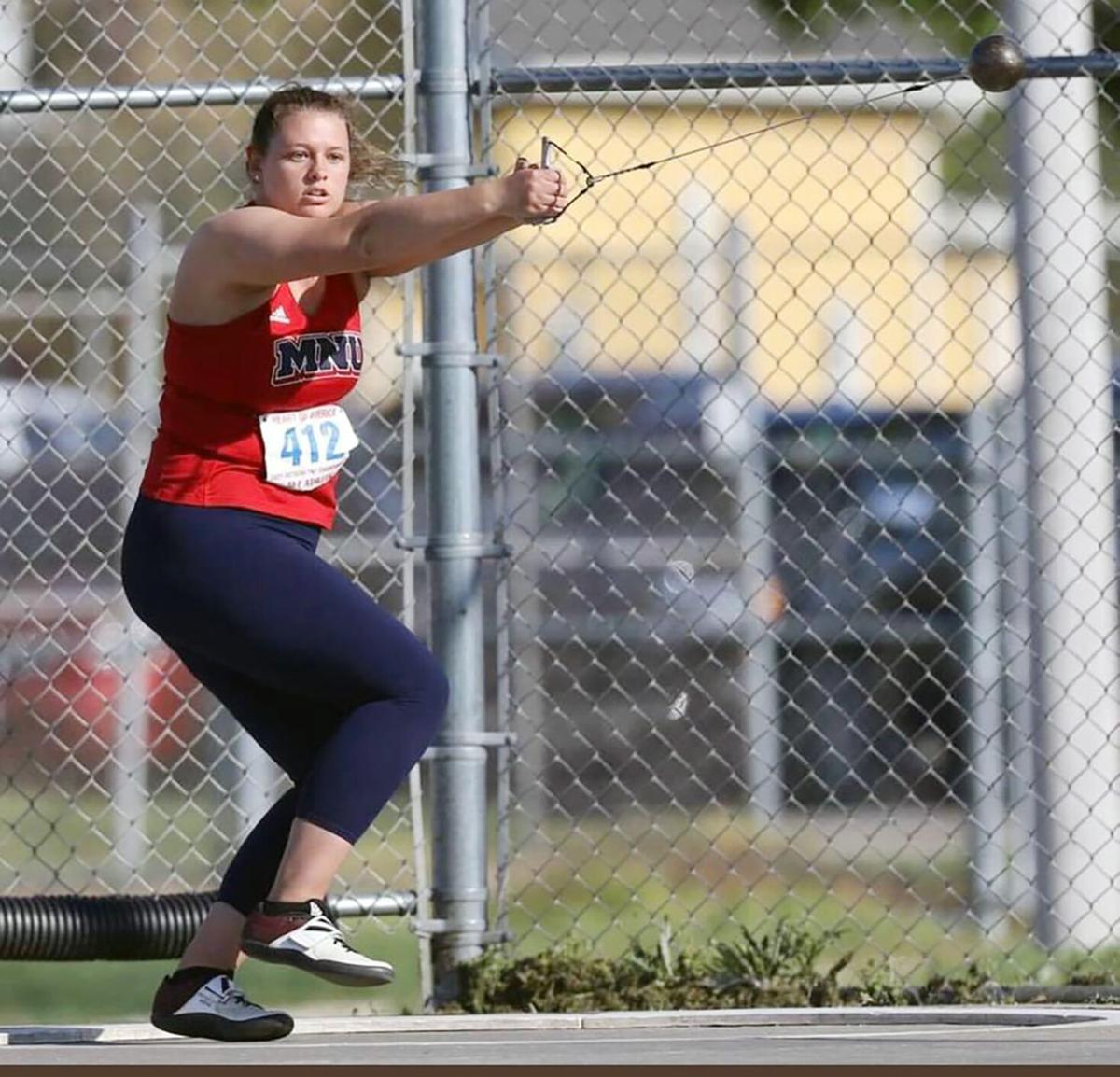 Katlyn Hendrickson, a Paola graduate, spins on an attempt in the hammer throw for Mid-America Nazarene University at the conference meet. She placed fourth in the conference, qualifying her for nationals where she finished 12th in the country. 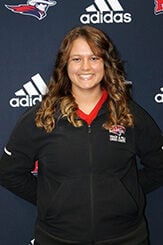 Katlyn Hendrickson, a Paola graduate, spins on an attempt in the hammer throw for Mid-America Nazarene University at the conference meet. She placed fourth in the conference, qualifying her for nationals where she finished 12th in the country.

OLATHE — Katlyn Hendrickson knows how to make an exit.

Hendrickson, a senior at Mid-America Nazarene University, had a dominating season. She not only competed at nationals, but broke a pair of school records along the way to put her name in the Lady Pioneers’ track and field history books.

She was 12th in the nation in the hammer throw.

A very special lady in her life sent signs from Heaven to let her know she was there every step of the way, Hendrickson said.

Her grandmother Georgia Hendrickson passed away two weeks before the outdoor conference meet.

Katlyn and Georgia were roommates for three years in Olathe while she was attending Mid-America Nazarene, pursing a degree in accounting.

“My outdoor conference meet was special,” Katlyn said. “My bid number, which was given to me at random for conference, was my grandmother’s birthday. It was a very special message from her. She is always sending me special moments. That is how I felt when I got her birthday number. Our apartment number is also her birthday.

“There have been other signs,” Katlyn said. “Grandma would always give me a look when I went through a yellow light or go five miles over the speed limit. I always got stuck behind a car when I pass a police officer and it is like her way of telling me to slow down like she always did when she rode with me.”

Grandma, like everyone else, also liked green lights, Katlyn said.

She broke the school record for the weight throw during indoor nationals, placing 19th in the nation.

Hendrickson broke the hammer record in the conference meet, placing fourth. The performance sent her to the national meet in Gulf Shores, Ala., where she finished 12th in the nation.

None of it came easy for Hendrickson. She learned to deal with setbacks and obstacles while competing at Paola High School for the Lady Panthers. When one door closes, she knows another is getting ready to open.

This positive perspective on life is what got her into track and field in the first place.

Hendrickson played softball for the Lady Panthers when she was a freshman.

When she didn’t make the program as a sophomore, under urging of Paola track coaches Mike Smith and Ryan Oshel, Hendrickson decided to give the javelin a try.

The rest was Paola Lady Panther track and field history. She threw the javelin for the Paola program in league, regional and state meets.

Turns out, the move would also leave an impact on the Johnson County Community College and Mid-America Nazrene track and field programs.

Hendrickson was recruited by Johnson County Community College to throw the javelin and the hammer.

She placed ninth in the nation at the outdoor national meet her freshman year. The school then shut down the track and field program.

Hendricks found a new home at Mid-America Nazarene where she threw the javelin and also took on the hammer and the weight throw.

Katlyn is the daughter of Rex and Becky Hendrickson.