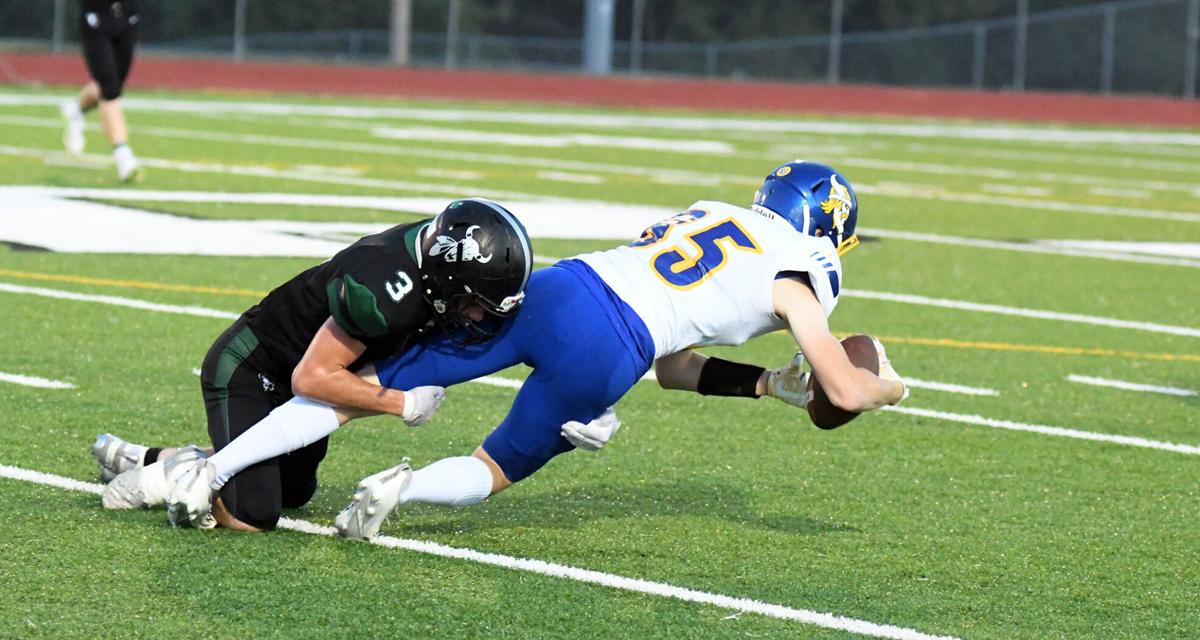 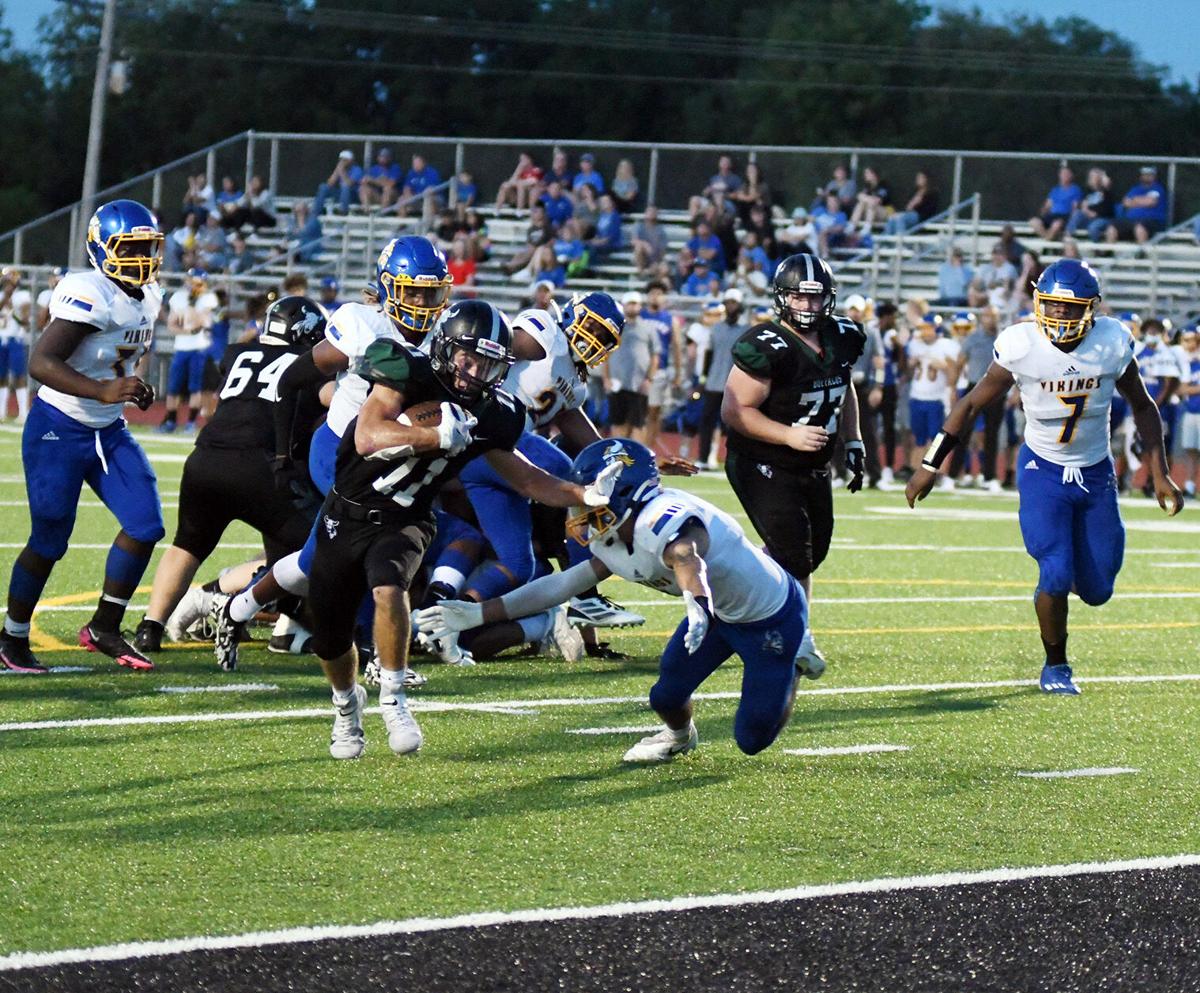 Prairie View running back Bodi Isenhower uses a stiff-arm against a Parsons defender on his way to the end zone in a 38-8 victory in the regular season. Prairie View fell to Parsons in the playoffs on the road Friday, Oct. 29, by two points, 28-26.

Prairie View running back Bodi Isenhower uses a stiff-arm against a Parsons defender on his way to the end zone in a 38-8 victory in the regular season. Prairie View fell to Parsons in the playoffs on the road Friday, Oct. 29, by two points, 28-26.

LA CYGNE — The Prairie View Buffalos dominated a meeting of undefeated teams on the gridiron, defeating Parsons by 30 points.

The Buffalos improved to 3-0 on the season. Parsons fell to 2-1.

Running back Bodi Isenhower had 19 carries for 146 yards and four touchdowns.

Quarterback Damien Kline completed five of seven passes for 94 yards and a touchdown. He ran the ball 10 times for 103 yards.

Isenhower opened the scoring with a 9-yard touchdown run in the first quarter. Kline kicked the extra point.

Kline completed a 59-yard touchdown strike to Zach Thies for a second-quarter score. Dakota Stogsdill ran for the two-point conversion for a 15-0 lead at the end of the first quarter.

Isenhower capped off a second-quarter drive with a 9-yard touchdown run. The conversion attempt failed.

Isenhower had a 7-yard touchdown run. Zach Nordgren ran for the two-point conversion, making it 29-0 at the intermission.

Parsons scored on a 34-yard touchdown pass to start the third quarter, narrowing the deficit to 29-8.

Defensive lineman Gage Pugh had a safety for the Buffalos in the third quarter.

Isenhower ran for his fourth touchdown to end a fourth-quarter march for the final of 38-8.

Stogsdill made eight tackles. Garrett Cullor and Thies each had six tackles. Colton McCammon and Micha Eastwood each made three tackles.

Charlie McCain had six kickoffs in the game and punted the ball three times.